It was in the thirties, when Walter Benjamin described his observations of public life in modern European cities, in the collection of essays One-Way Street. It holds a small fragment of text that I am frequently reminded of in daily life, called Old Map:

“In a love affair, most seek an eternal homeland. Others – very few, though – eternal voyaging. The latter are melancholies, for whom contact with their native soil, is to be shunned. They seek the person who will keep far from them the homeland’s sadness. To that person, they remain faithful. Medieval complexion books understood the yearning of this human type for long journeys.” (1) 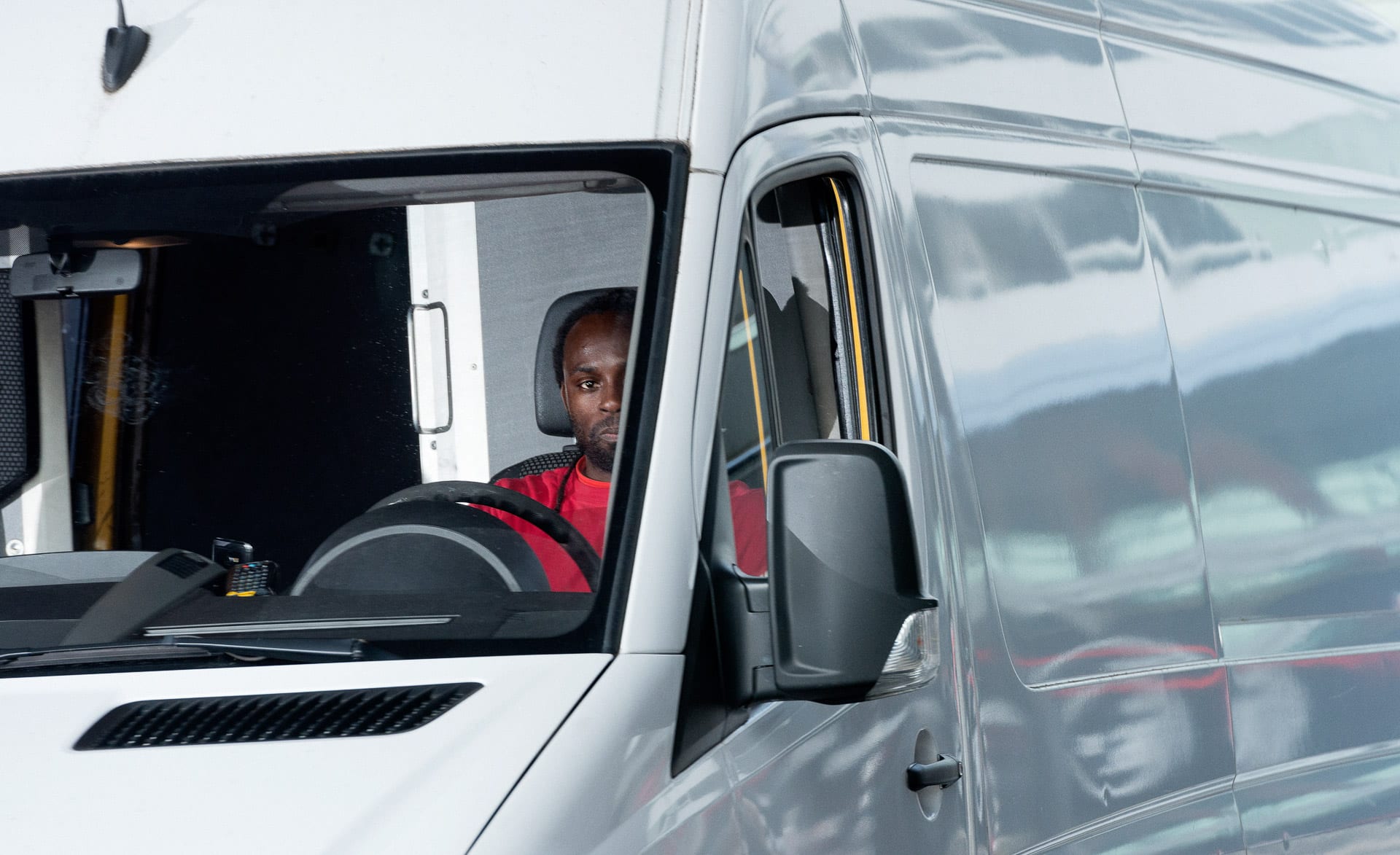 In my recently completed Urban Millennium Project, in which I explored the meaning of the individual in densely populated cities worldwide, the focus was mainly on pedestrians. In reaction to the theme of this exhibition Charting the invisible, I aimed to follow up on my project by exploring behaviour of people driving automobiles in the urban environment, using again direct flash and strong sunlight to capture details that would remain unseen at the normal speed of life.

We live in a car-based urban environment, where many cities are completely planned and designed for transportation by automobiles. (2) When looking at traffic congestion in high-rise cities, the rooftops of the stream of cars seem to shimmer like the rivers in a forest. The trail of cars forces us to operate together, in synch, becoming part of the same body. In my opinion it makes sense to understand thecontemporary city as an assemblage of circulating people, goods, information and signs in relational networks, creating the meaning of movement.

When driving, the car becomes an extension of the human body, where we move without actually touching the ground floor. This turns the car into a time-place capsule, where bodily techniques (3) are replaced by technology. We can argue that the car and the body are not two entities anymore, and that this relationship is resulting in a kind of  ‘auto-self’ or ‘human locomotion’. (4) Where on the street we use our body to signify where we are going, in the car we have for example, direction indicator lights to do that and with the help of mirrors we are able to easily estimate distances. Surrounded by technology we are half-man half-machine, giving the human being artificial super powers. Guided by imposed rules we are able to make it through traffic together. On the highway we have no other option than to respect each other, since one little steering error or a dip in concentration can have catastrophic consequences.

In transit we only survive by grace of the calm of the masses. (5) 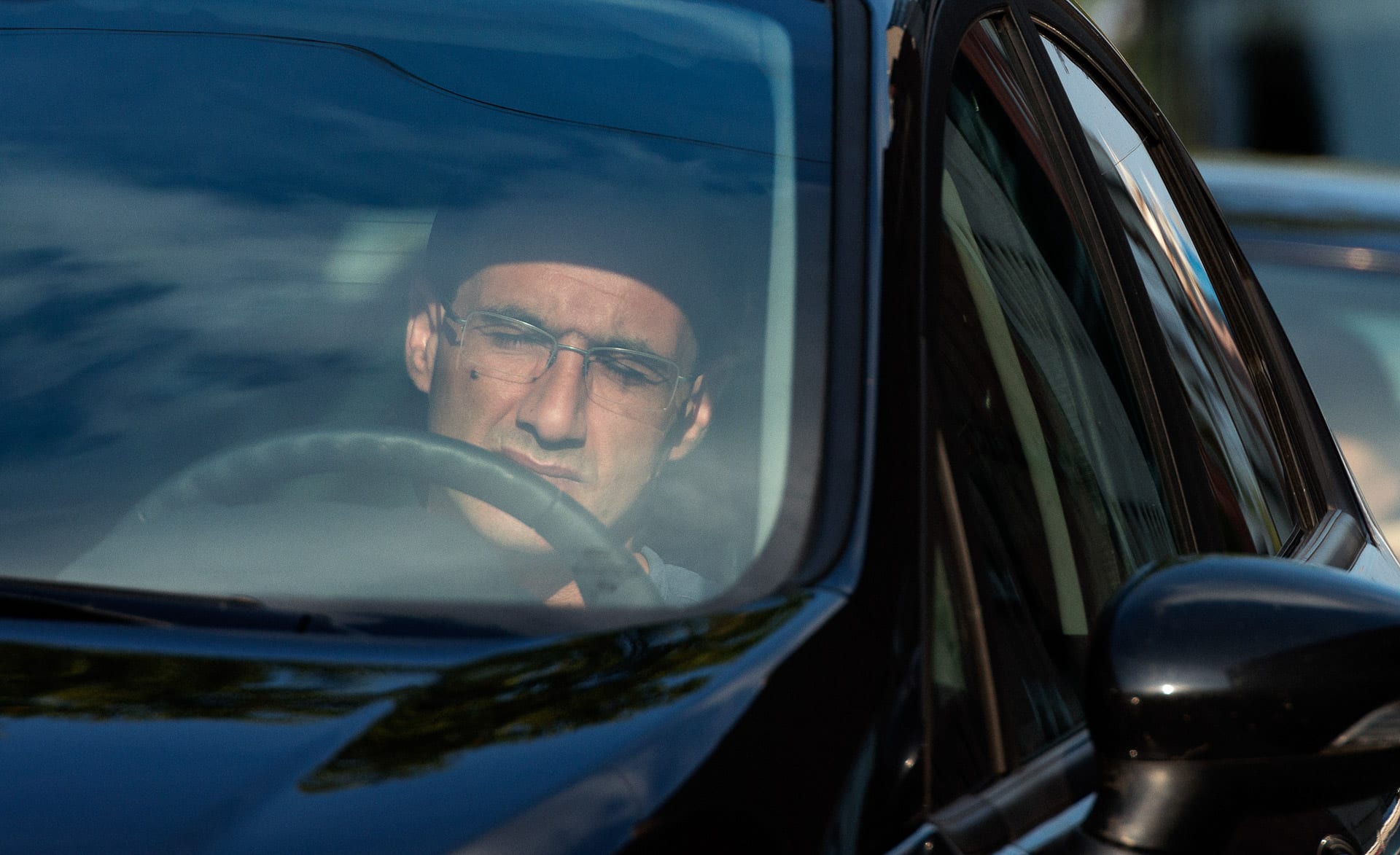 The daily commute is a threshold in which we leave our house to perform a professional character. Travelling between home and work we are literally in-between performing two different social roles. (Which is not the case when the actual work takes place in the car; the result of our increasing online shopping habits that require many deliveries of goods). The car provides a private space within the public domain. It is a place we feel at home and where we can drop the mask of self. Behind closed doors and windows we are able to observe without the consequences we experience when walking the streets. Here we are safely protected by the reflections in the windshield and besides, we often wear sunglasses, all together the ideal circumstances for the curious flâneur, (6) since there are many great opportunities to stare at strangers. However in a car, compared to the street, we feel trapped in our utmost personal, almost intimate space, when documented by someone with a mechanical eye. (7)

In rural areas, driving can be a relief that provokes feelings of freedom. In the urban traffic jam, in the morning or evening rush however, the car might feel as an iron cage. The art of waiting, for example, an activity that can produce very different kinds of feelings, a time for boredom, rising irritation or commuter’s rage, yet also for meditative bliss and a great opportunity for daydreaming.Commuting creates the perfect condition to activate the imagination. (8) As a photographer driving a car I often imagine the car windows as the viewfinder of a camera. By doing this, the car becomes the camera; framing a constant changing landscape while driving; a highly cinematic experience. (9)

Going home or leaving it, the car is the ultimate escape. And yet, during the daily commute we find something else: people making a living as part of a system, evoking a tension between the active and inactive, the restfulness and restlessness. (10) I guess, when mapping territory, we could feel at home in many different places, however in order to find the homeland, we first have to learn how to recognise it.