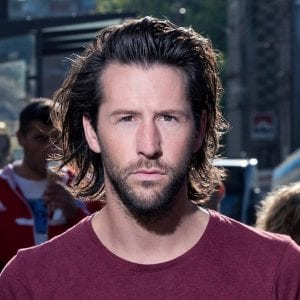 Bas Losekoot is an artist and photographer, concerned with socio-cultural issues in cities around the world. With an intuitive eye, he visualizes the human experience in modern megacities. Working with cinematographic apparatus, he is challenging our understanding of reality in everyday city-life as well as the limited narrative potential of representations of truth in documentary photography.

Bas Losekoot holds a BA in Fine Art Photography from the Royal Academy of the Arts in The Hague and graduated for an MA in Photography and Urban Cultures at Goldsmiths, University of London. His project has been exhibited widely in galleries, museums and festivals including: BOZAR Brussels, Christie’s Amsterdam, Jimei x Arles in China, Kaunas Photography Gallery Lithuania, FotoIstanbul, LagosPhoto and Unseen Photo Fair Amsterdam, and published in a variety of international media including The New York Times LENS Blog, The New Yorker Photo Booth, CNN Editions, The Guardian, Die Zeit, NRC Handelsblad, IMA Magazine and the British Journal of Photography.

I started working with photography to understand the human condition. Curiosity is the motor of my work. The camera gives me the opportunity to explore unknown places and meet interesting people. I’m fascinated by private lives in public places. I always considered street-life a spectacle, a continuous stream of split-second encounters. To me, a city is like a pressure cooker for human expression and development. I am convinced that the street is a place to learn from; it holds up a mirror to society. I like to work on photographic stories that create awareness, which can lead to a better understanding, which finally can cause change in complex social and cultural issues.

Since the rise of the “Urban Millennium”, we are facing the biggest wave of urbanisation in human history. With this project, I try to imagine the affects of large-scale urban development on human behaviour.

“It is decisive that city life has transformed the struggle with nature for livelihood into an inter-human struggle for gain, which here is not granted by nature but by other men”- George Simmel (1)

The metropolis life is the modern version of the fight of the primitive man against nature. Where we normally had to run for our lives we now have to run for our jobs. (2) We are not running for life-threatening danger but danger for exclusion. The struggle for survival remains the same. Because the ‘city animal’ didn’t get the time to adapt genetically to this modernity, we are experiencing high levels of stress. We are pretending to be civilized and are desperately struggling to match our instincts with the new situation, the densely populated mega-city.

The cities in my projects are in a constant state of “progress”. The people in my photographs are in transit. This project is about the accelerating mobility in the contemporary city, and how commuters navigate the public domain in the everyday life. That’s why I position myself in the liminal spaces (3) of the city. This in-between-ness is representing the current blasé-attitude of global city dwellers.

Based on the dramaturgical approach of Ervin Goffman (4), I consider the street, a stage where we, the actors, are performing with the city as decor. In daily life we are performing social roles and we wear the appropriate mask for that. While commuting the city we drop this mask and replace it for another one, the mask of ‘self-protection’. I’m interested in this mask, because I believe this it gives us a lot of information of the self and the construction of identity.It as a mask of ‘non-engagement’ as well: modern city life gets us over-stimulated, and we detach from space and reality.

The anonymity of the man in the crowd (5) is an important element of the metropolitan experience. I often refer to the feeling in my images as ‘being alone together’. “One nowhere feels as lonely and lost as in the metropolitan crowd”.  The feeling of isolation can be more intense when a stranger without relations in proximity of others, like at a party or in traffic in a large city, than being physically alone in an empty place. There are unwritten social rules which provide each individual with a certain space and freedom, as long as we leave the others alone. Within certain boundaries, it is allowed to watch and observe, to look at something in public that is actually private. We observe the stranger (6) in the public areas of the city, where we are alone in the crowd and, in company of strangers.

2012: The London Festival of Photography, UK
In Company of Strangers (S) New York and São Paulo in the Urban Millennium

Essays:
2017: “Away from home”, engaging One-way Street of Walter Benjamin
2016: Urban Photo Fest Open: Essay “The moment before we knew each other”
2015: “The Cinematic”, Dissertation MA Photography and Urban Cultures/Goldsmiths
2012: By the glow of the jukebox: the Americans List, initiated Jason Eskanazi
Essay on image nr 19/Canal Street, the Americans by Robert Frank