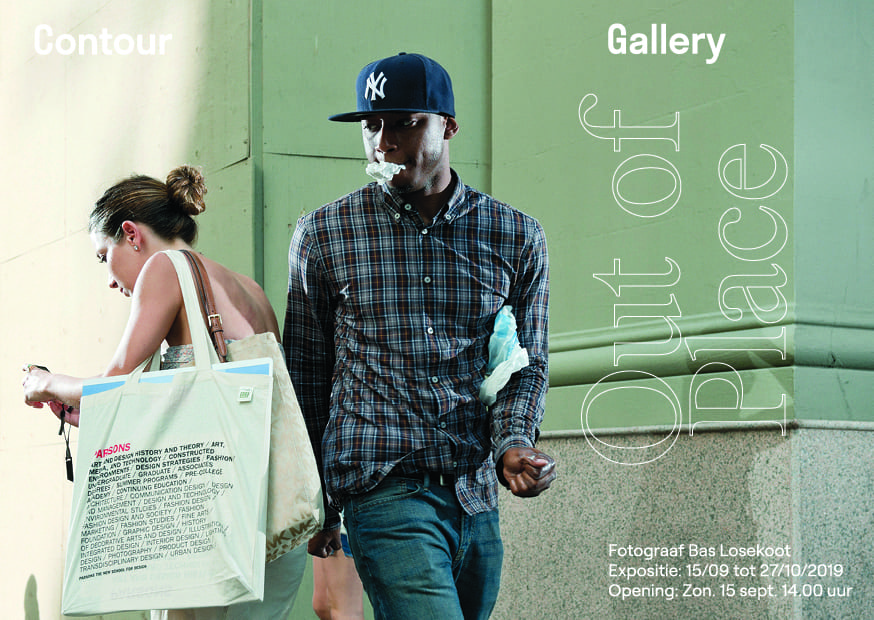 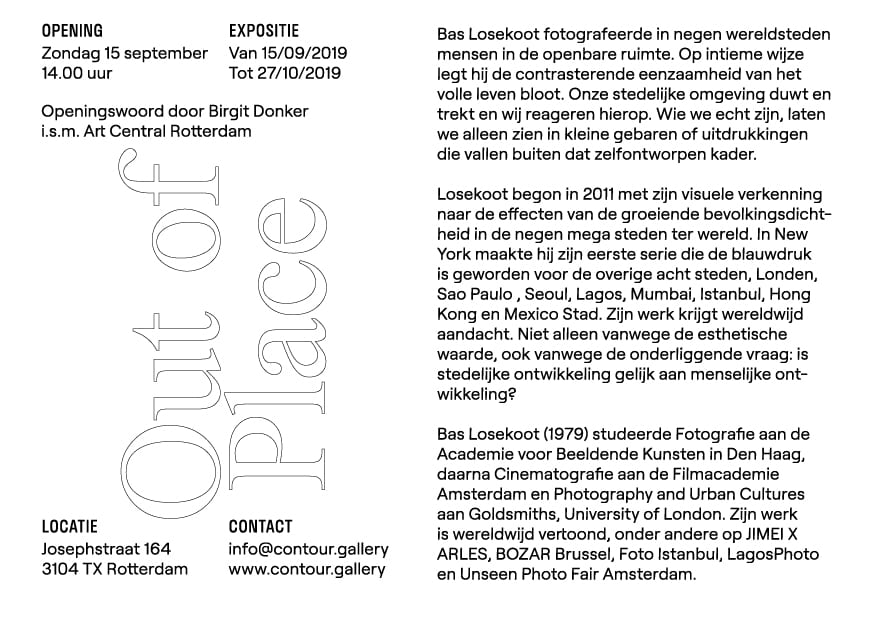 Our urban environment pushes and pulls and we respond to this. The street serves as a backdrop and the city dwellers are the actors, afraid to make contact. We only show who we really are in small gestures or expressions that fall outside that self-designed framework. Bas Losekoot photographed people in public spaces in nine cities around the world. He intimately exposes the contrasting loneliness of the full life.

Losekoot’s images reflect the universal character of city dwellers. “Due to density and dynamics, residents of cities behave similarly. Where we used to run for our lives, we now run for our work.A life-threatening situation has been replaced by the risk of exclusion from a social group. The principle of surrender to our social structures therefore continues to exist.”

In 2011, Losekoot started his visual exploration of the effects of the growing population density in the world’s nine mega cities in the world. In New York he made his first series, which has become the blueprint for the remaining eight cities: London, São Paulo, Seoul, Lagos, Mumbai, Istanbul, Hong Kong and Mexico City. His work receives worldwide attention – not only because of the aesthetic value, also because of the underlying question: is urban development equal to human development?

Because everyone presents his mask in the public space, we force each other into a straitjacket. Cities no longer seem to be developed for social people, but for the working, economic beings. Small cracks in modern society arise in excessive expressions, such as aggression toward aid workers, addictions or an almost religious pursuit of surrealistically ideal images. We are no longer comfortable with each other, even though man is intrinsically a herd animal.

The use of artificial light creates a hyper-reality that forces the viewer to revise the ordinary and to discover the extraordinary. Losekoot’s work has a cinematographic character, which leaves room for the viewer to further fill in the story.

Bas Losekoot (1979) studied Photography at the Academy of Fine Arts in The Hague, then Cinematography at the Amsterdam Film Academy and Photography and Urban Cultures at Goldsmiths, University of London. His work has been shown worldwide, including at JIMEI X ARLES, BOZAR Brussels, Photo Istanbul, LagosPhoto and Unseen Photo Fair Amsterdam. 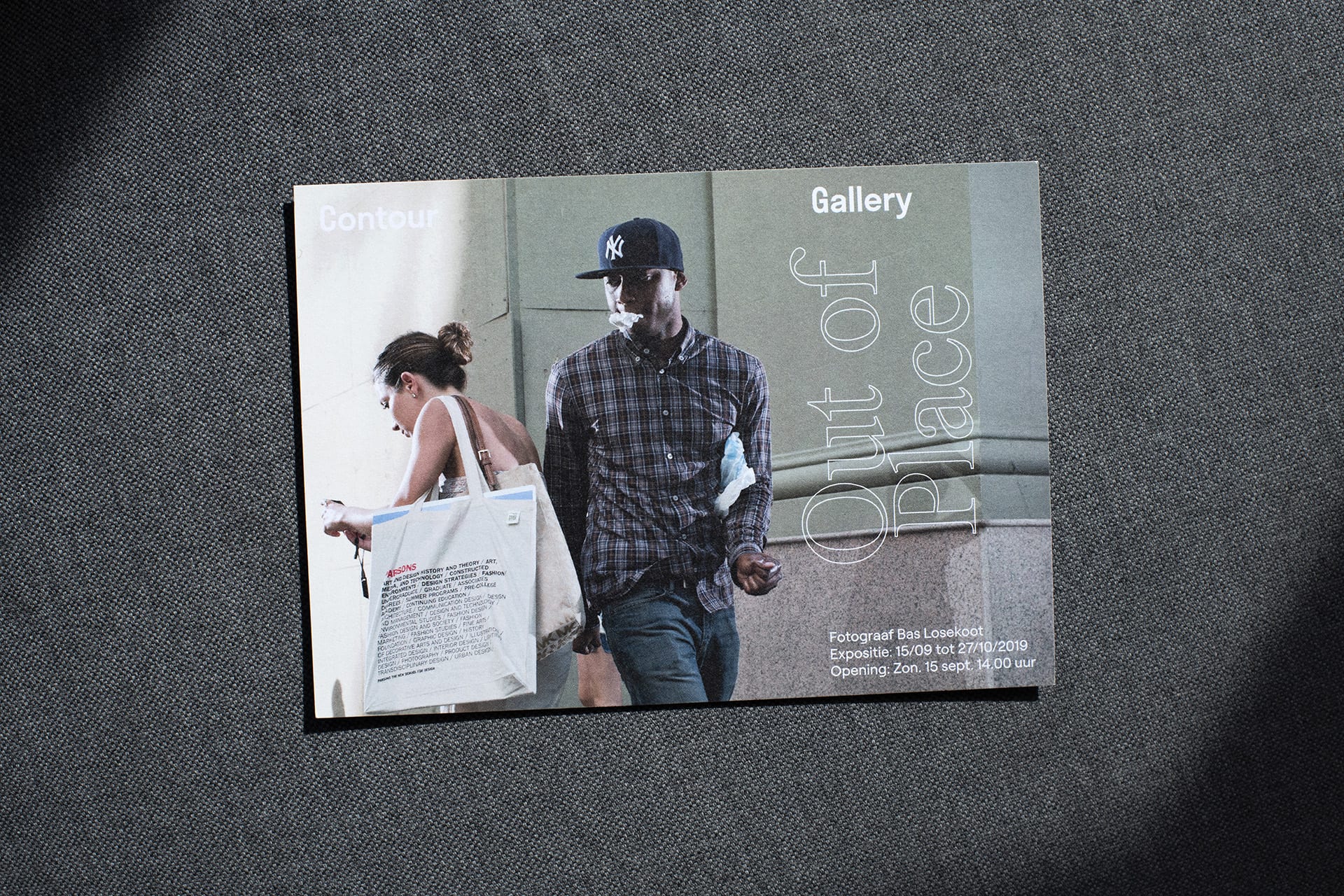 This event is part of Art Central Rotterdam 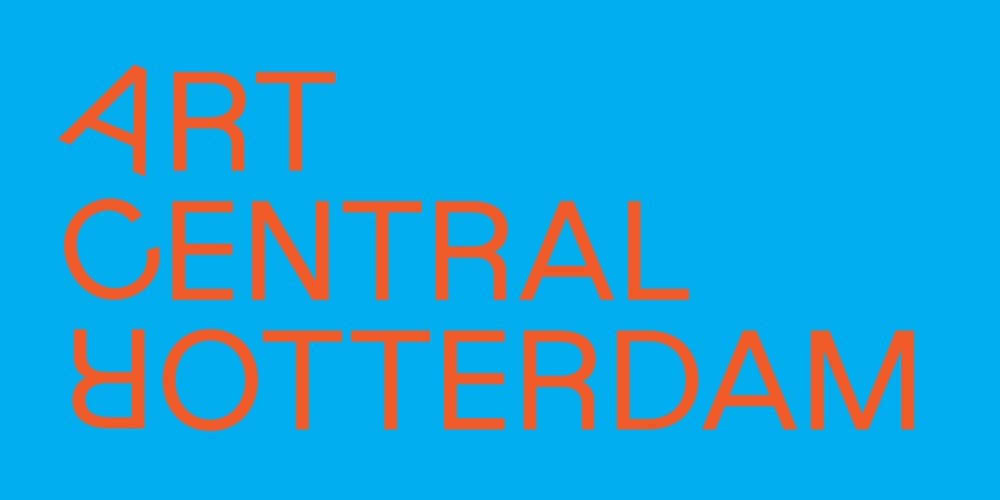 ALL NEWS
« See All This
GUP – Interview »